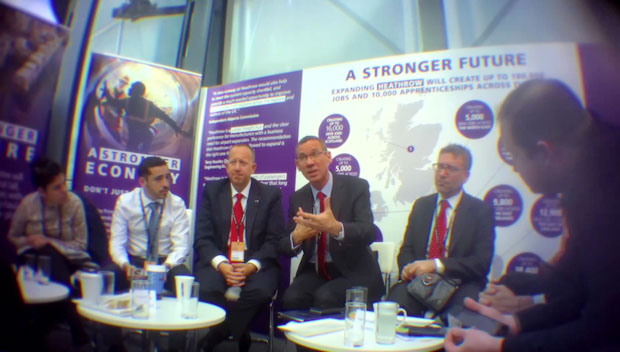 (9 February 2017) – Here in the UK the Campaign Against the Arms Trade (CAAT) has initiated a judicial review in a bid to halt UK arms sales to Saudi Arabia on suspicion that they are being  used against civilians in Yemen. The indiscriminate nature of Saudi air-strikes makes it highly likely that British weaponry is being deployed in breach of international humanitarian law.

The slaughter has been going on for nearly 2 years leading to a humanitarian crisis of appalling magnitude and great cruelty. Since the Yemen campaign began the British government has granted export licences for more than £3.3 billions worth of war equipment when there was a “clear risk” that some of it would be used in violation of all norms of human conduct.

It is claimed that the Government has ignored warnings by senior civil servants and its own arms control experts, and some records of expressed concern have gone missing. This is no great surprise when we discover that export licensing is overseen by none other than the Secretary of State for international trade, Liam Fox. For Fox has ‘form’ as a crazed stooge of Israel and a sworn enemy of Iran.

US veterans are returning to Standing Rock to support and protect Native American protesters as the Dakota Access Pipeline continues to meet resistance despite President Trump’s executive order to continue construction of the $3.7 billion pipeline.

The veterans are gathering in Cannon Ball, North Dakota, with many on their way.

Trump sends FBI to investigate terrorists vets and, most likely, perpetrate a terror event on behalf of Energy Partners, who paid off the FBI

NY Times: An Anti-Consumer Agenda at the F.C.C. 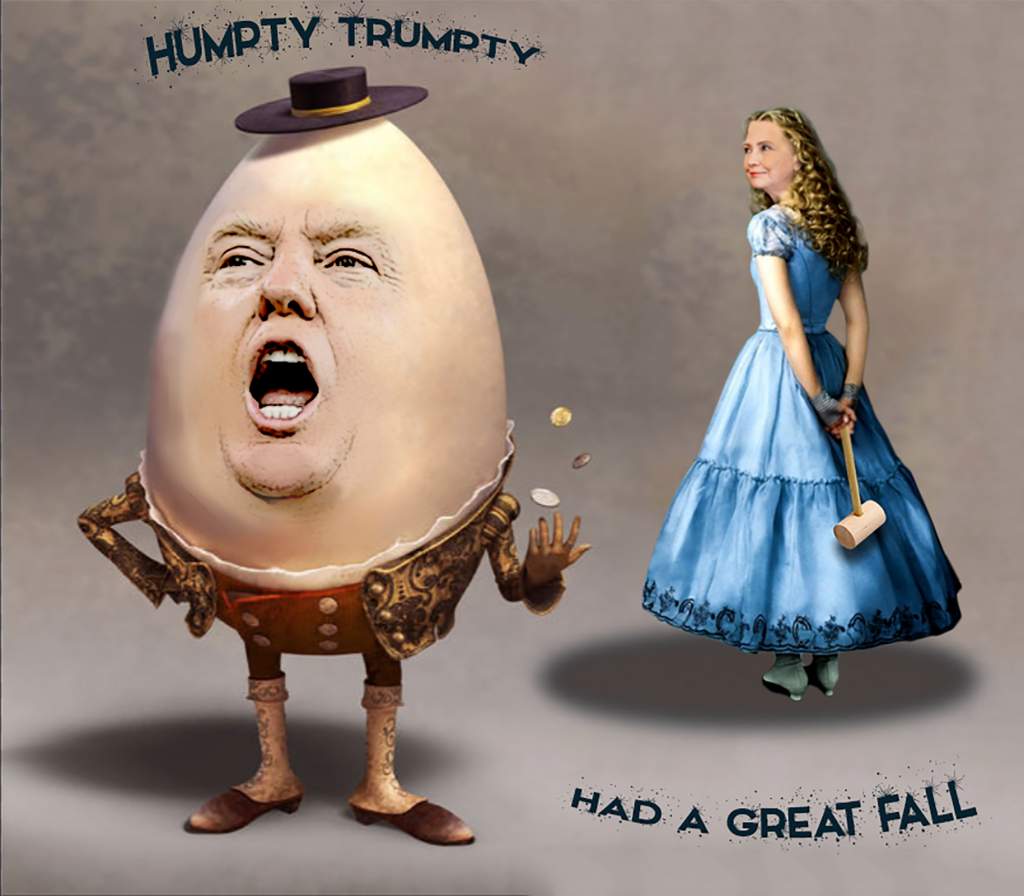 There are clear questions of the Bolsheviks and the Kosher Nostra operating inside the US attempting a take down of our democracy, civil rights and financial/educational strength through Trump. For people wanting to understand more about the Bolshevik revolution, see this article here, Jews and Bolshevism It is not Jewish in nature, it is colonialist/subjugationist in nature from a core perspective. Jews are a tragic scapegoat, promised a benefit for violating others rights.

“We will impose upon them such a tyranny that was never dreamt by the most hideous despots of the East.” – Leon Trotsky.

Trumpty Dumpty: Are the US and Russia Swimming in a Bolshevik Soup with a Generous Helping of Kosher Nostra on  Top?

Clinton Bastin, 40 year veteran of the Atomic Energy Comm. and the DoE is still working with us

[ Editor’s Note: Trump is getting away with murder here, with the help of the stand down of virtually all the world media. He is launching a new Iran boogeyman jihad when we are still waiting for our Western free press to cover how the G5+1 Iran nuclear agreement proved that after over two decades of claims that Iran was one to two years away from having “da bomb”, not a single intelligence agency, including Israel, put one proof of evidence on the table.

That this gross hoax on the world public was laid bare was treated as non-newsworthy event. As far as a know, VT is the only platform to keep bringing this up, and as usual, the phone is not ringing from Fox News, CNN, or even make believe Democracy Now to interview us on it. Imagine that.

That hoax was followed by Netanyahu’s “break out” new hoax, that Iran could reprocess enough bomb grade material in a year, and have “da bomb”. But he left out two big things. One, this concentrated bomb grade material would be in a gas form. And two, where is Iran’s bomb design when it has never been able to do any testing? What kid of a pit would it use?

You have to know that to metalasize the gaseous material into the actual design for you need. Clinton Bastin, who died in 2014, took us through what a complex and dangerous process this would require to accomplish, and how there was no way anyone could do this without our being aware. He estimated a ten year process.

Breaking: How the Trump regime was manufactured by a war inside the Deep State (Update!)

Breaking: How the Trump regime was manufactured by a war inside the Deep State (Update!)

Alt-Right Recruiting in Ohio for Nazi and KKK Affiliates, Thank You Bannon and Trump

Living proof of the supremacy of the white race

RT: The Klu Klux Klan has targeted Ohio along with other states in an effort to attract new members to the white supremacist group. According to Amanda Lee, the national imperial commander for the Loyal White Knights of the KKK, 2017 will see a surge in activity, including rallies and leaflet distribution in an effort to court fellow racists.

Alt-Right Recruiting in Ohio for Nazi and KKK Affiliates, Thank You Bannon and Trump

In search for security in the face of India´s belligerence and dangerous designs together with Afghanistan’s hostility, Pakistan blundered to join SEATO and CENTO in 1954 and earned the hostility of Afghanistan, former Soviet Union and China. India took these western pacts as an excuse to make a U turn on Kashmir issue.

The defense pacts helped Pakistan under Ayub Khan to develop its economy and defensive capability, but the pacts were designed to contain communism and not to provide security against India or to help in resolving Kashmir dispute. These pacts proved inconsequential during the wars with India in 1965 and 1971 and played no role in preventing truncation of Pakistan in 1971.

Despite the fact that Pakistan played a key role in the China-US détente in 1971, enabling USA to withdraw its forces from Vietnam, the US always kept India above Pakistan, knowingly that India was aligned with Soviet Union.

Supply of arms by the US and western countries to India after the Indo-Sino border clash in 1962 impelled Pakistan to lean on China since arms provided by the two rival camps had tilted the military balance in favor of India. This shift irked USA.

Gamma Radiation Only. Is your city on the List or close by?

San Diego, on the West Coast of America, far exceeds both beleaguered cities in the deadly radiation sweepstakes. The Race for the Rad is deadly precisely because there are no winners in this contest; only death and disillusionment.

Press TV: Khalid Sheikh Mohammed had nothing to do with 9/11

Confessed to 9/11 – and JFK assassination, Lindberg baby kidnapping, and Jack the Ripper attacks – Watch the interview at Press TV

Khalid Sheikh Mohammed was captured and, according to American scholar and Veterans Today Editor Dr. Kevin Barrett, tortured by FBI and CIA agents into falsely confessing that he was the mastermind behind 9/11, even though he had nothing to do with it.

The letter, dated January 8, 2015, was addressed to “the head of the snake, Barack Obama.”  But the letter reached the White House in the last days of Obama’s presidency, about two years after it was written, following a military judge ordered the Guantanamo Bay prison authorities to deliver it to the president, reports said.

Press TV: Khalid Sheikh Mohammed had nothing to do with 9/11

US-Backed Advance On Raqqah. What Is Going On?

Over til Tokyo og Fukushima-terroravsløringer:

A South African/British agent by the name of Michael Meiring, who had both legs blown off in the Philippines by a bomb he said was set by George Herbert Walker Bush Senior also began contacting me prior to these events, starting around 2006. He came to me under the name of Dr. Michael Van de Meer and he showed me a bullet proof attaché case, 7 passports and an Uzi machine-gun. Dr. Van de Meer told me that Tony Blair had bragged I would be arrested on drug charges. The reason for this contact was, in part I believe, because I held a press conference at the Foreign Correspondent’s Club of Japan where I presented evidence that the September 11, 2001 terror attacks were the work of a rogue faction inside the Israeli and US governments.

In any case, Japanese authorities failed to react to our warnings and the warhead was loaded onto the deep sea drilling shipChikyu Maru. Local news reports place the Chikyu Maru drilling into the seabed off-shore from Sendai in the months before the March 11, 2011 tsunami and nuclear terror attack against Japan. Takamasa Kawase, of Japanese military intelligence, also told me about the Chikyu Maru drilling.

Furthermore, multiple witnesses have come forth to testify that the Prime Minister Naoto Kan was seen inside the Japan Freemason headquarters building near Tokyo tower on the day before the 3/11 attack. He was being shown a map of Japan missing the Tohoku region where the tsunami hit.

The Israeli company Magna BSP was in charge of security at the Fukushima nuclear plant at the time. A Miyagi prefectural government official says employees of this company loaded plutonium into the plant against his will in the months before 3/11.

The request is not a joke

A year after Duff’s piece appeared in Veterans Today, information surfaced about one of the people who had been prevented from giving information in Shrimpton’s court case. He was Benjamin Fulford, a professional financial & investigative journalist of thirty years standing, based in Tokyo, Japan.

Fulford placed it on the record, in a formal witness statement dated the 6th December 2015, that he had agreed to give evidence for the defence at Shrimpton’s trial in London in November 2014. He intended that this would be done by video-link from Tokyo. The application to hear Fulford’s evidence in this way was refused by the court.

Learning this, Fulford arranged to attend the court in person. A seat on Virgin Atlantic Airways flight VA901 from Tokyo’s Narita Airport to London Heathrow Airport on Monday 17th November 2014 was booked in his Japanese name (古歩道ベンジャミン).

Fulford’s ticket was arranged over the weekend of 15th & 16th November 2014. On the Sunday morning (16th November), he was forced to withdraw from the flight under pressure from the Japanese Finance Ministry. They had scheduled a surprise tax audit overnight.

Fulford believes that this official interference was deliberately timed to prevent him flying to London to give evidence. The evidence he would have given in court involved Japanese national security issues connected with Kursk-sourced nukes used in the tsunami attack on Fukushima in March 2011.

On Sunday 6th December 2015, Benjamin Fulford posted the text of his formal witness statement in the UK Michael Shrimpton case online. It runs as follows:

You May Be Right Elton John and Billy Joel 1998

B.B. King Feat. Billy Ocean & Chaka Khan – When Something Is Wrong With My Baby – Los Angeles 1987