NEO – Operation Barbarossa II: The Yanks In Their Armoured Parade

And lastly, on the propaganda front, the recent illegal seizure of investigatory material by Dutch police from Dutch journalists returning from Donetsk once again adds to the evidence that the shoot down of Malaysian Airlines Flight MH17 with 298 people on board in July 2014 was an action of the Kiev regime with US knowledge.

I recently stated in an essay on that subject that it was a Kiev military jet that shot down the airliner, and referred to a Sukhoi 25 being used but I since been shown evidence that it was in fact a Kiev Mig-29 that was used. In any event, the NATO powers have colluded in covering up this fact in order to keep up their propaganda the Russia was behind it. 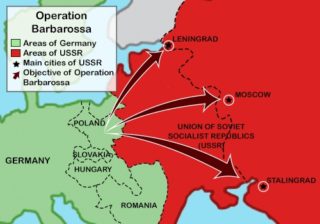 The situation is grave and the doomsday clock must be knocking on the door of midnight. Many of us have called for the anti-war and peace movements to mobilise but they are nowhere to be seen.

Many of them, especially in the United States have been co-opted into supporting these wars, and the left, that is supposed to be against imperialist wars, whether the hard or the soft left, appears to be too weak to make itself felt. It seems there are too few of us in the west any more who give a damn.

NEO – Operation Barbarossa II: The Yanks In Their Armoured Parade

An adjacent set of ratlines moves in and out of Belgium, this is human trafficking, usually for sex, most often children  All of this traffic, according to the security groups, goes through Belgium, and from there into Britain and Germany.  Instead of watching sex tourists heading to Thailand, best watch Belgium or Germany, this is where the real damage is done.

NGO’s in Morocco, some run by Americans, move women and children from Africa into Spain where they get to France on fishing trawlers and other methods, and from there to Belgium.  The pedophile rings there are run by police and controlled by powerful corporate leaders and members of the royal families of Belgium and the Netherlands, but we digress.  Prominent Americans are major “users” of these children including one dead Supreme Court justice, we won’t mention his name, but it got him killed with a pillow over his face.

Andrae Crouch = All The Way

Oslo Gospel Choir – All The Way

He Ain’t Heavy He’s My Brother – The Hollies

Queen – I want to break free

I was only having fun, wasn’t hurting anyone, and we all enjoyed the weekend for a change

Billy Joel – You May Be Right