Today’s talk is not in any way intended for the general public. They are being allowed to see it and the most vocal are going to continue demonstrating why the world may well be better off without America, why America has become dangerous and unreliable, militarily, financially, why America is now quite the “criminal state” that Jeff Gates accused Israel of being so many years ago.

All here will be proven reliable intelligence and historical narrative we are more than capable of defending. Some will be exclusive material based on partially declassified intelligence.

To begin with, whatever is wrong with the US, without Vladimir Putin, Russia would have long been taken over by the same gang that Trump is dragging into Washington with him. Let’s do some short background here, in a limited way.

Back in 1990, the CIA began a takedown of Russia through its currency and banking system. The Lee Wanta story is part of it. I have some personal familiarity with the banking aspects as I was part of the delegation that met with commercial banking representatives at that time and helped bring them on a tour of the US. I can quote word for word from the meetings if need be. That is a warning.

The CIA had set up a penetration of Russia through Poland and Gdansk, taking over the port with the trade union there and then using that to smuggle commercial goods, Marlboro cigarettes, into Russia in partnership with the KGB.

Thus, when Soviet bankers came to the US, their security detail fed them to the CIA who was working with organized crime, a group of congressional officials tied to banking and the New York area bankers, New York and Cyprus, who would build a home for the Russian mafia and select oligarchs.

I met with two US senators, a CIA chief, Russian banking officials and the heads of crime families in Astoria, Cyprus, Toronto and Detroit, along with GOP finance officials. The subject was looting the Soviet Union and using the cash to revitalize the American economy.

I only saw a few hundred million dollars move, Wanta says he handled trillions, but all of it went into the Bush family, Washington officials, more Democrats than Republicans, and began a massive banking/money laundering empire that stretched from New York to London to Cyprus and Israel.

The end result, other than to frame the times we live in, was to build a domestic crime empire that overwhelmed the FBI and to set up a capability, taking the Iran Contra and BCCI deeds of the Reagan years to a new level.

At that time, key US officials got their beaks wet through looting nearly $1T from thrifts, in what was called the Savings and Loan Scandal. A few went to prison, 5 Senators were burned, and lessons were learned.

What Washington really learned is that the same formula would work, over and over, across the planet, by manipulating events in order to quash the public investigations that nearly jailed President Reagan and threatened to take down half of congress, putting them behind bars where, quite frankly, they all belong. We will touch on this methodology again, from time to time.

Trump and the Red Menace, Is Russia the Target?

Hard Brexit: UK to leave the single market and Parliament will vote on the final deal, pledges PM May

Is Trump the Back Door Man for Henry A. Kissinger & Co?

US has no credibility in Middle East: Analyst

Time to stop the deconstruction of America

They’re not just ignorant … stupid is as stupid does!

Putin: Trump’s Defamers Worse than his own “pissing prostitutes”

Turkey Targeted for Take-Down Next, Duff on Press TV 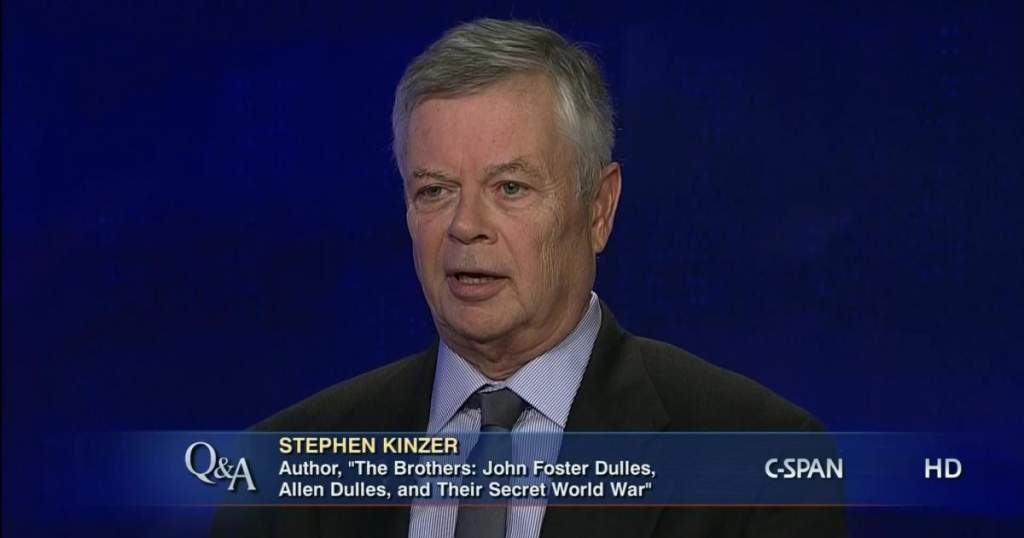 Hang in there. We will get to John McCain in a moment. First, let us dispel the hacking situation, which still keeps the Zionist Mafia up at night.

Stephen Kinzer, and journalist and a visiting scholar at the Watson Institute for International and Public Affairs at Brown University, has recently put the final nail in the ideological coffin by meticulously documenting that America has been involved in hacking and overthrowing what they perceived to be radical regimes since the late 1800s.

Politicians in Washington, says Kinzer, shouldn’t be outraged about the so-called Russian hacking if they know their history well. “One of our first operations to shape the outcome of a foreign election came in Cuba,” writes Kinzer.

“After the United States helped Cuban rebels overthrow Spanish rule in 1898, we organized a presidential election, recruited a pro-American candidate, and forbade others to run against him. Two years later, after the United States annexed Hawaii, we established an electoral system that denied suffrage to most native Hawaiians, assuring that only pro-American candidates would be elected to public office.

“During the Cold War, influencing foreign elections was a top priority for the CIA. One of its first major operations was aimed at assuring that a party we favored won the 1948 election in Italy.

Profits: America’s Private Concentration Camps Are Back in Business

US B-52 bombed Idlib, Syria, killing over 20 civilians – Russian MoD

NATO has recently blamed Russia for spreading populist movements all over Europe.[1] Again, you can’t make this stuff up.

No one in the organization seems to think that maybe Russia’s moral and political position is far more plausible and defensible than the views that the regime has been propounding for years. The regime has tried to bring down a democratically elected president in Syria, but Russia stopped that diabolical plan.

Obviously the entire world was watching how the war in Syria would end. Obviously Jewish Neocons like Daniel Pipes are upset because their essentially Talmudic plan for Syria has been suspended. Obviously Syrian Christians even in places like New Jersey are happy. The only people who are still upset are NATO officials, the Neoconservatives and their puppets.

These people have gone completely mad lately. It has been so bad that US Secretary of Defense Ashton Carter has recently said that “Russia’s counterterrorism efforts in Syria are ‘virtually zero.’”[2] We will not honor Carter by responding to completely dumb statements like that. I’m sure Vladimir Putin is having a blast over this- 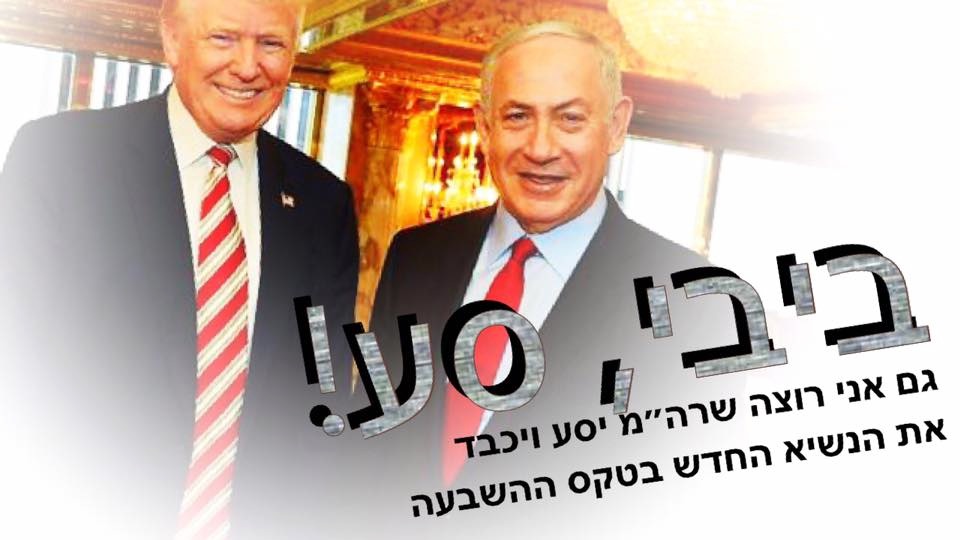 Iran, which won its independence in the 1979 Islamic revolution, should be a natural ally of the United States. The most scientifically advanced Middle Eastern nation, Iran has an educated population, a growing and highly-diversified economy, and a crucial geostrategic position in the center of the Eurasian chess board. Its successful experiment in political Islam is pluralistic and at least as democratic as anything in the West.

But the US is owned by international bankers and influenced by ultra-Zionist neoconservatives. These folks are out to conquer the world. So they don’t want allies, they want vassals. Iran will never settle for vassal status, nor will it acquiesce to the Zionist genocide of Palestine. Hence the “Iran problem.”

Now that Bibi Netanyahu has helped install his man Donald Trump in the White House, will the Likkudniks accelerate their plots against the Islamic Republic? Of course they will.

Fortunately, most of the extremists around Donald Trump don’t know what they’re doing. Any major attempt to destabilize or (God forbid) attack Iran will almost certainly turn into a fiasco for the aggressors. Even back in 2004, when Iran’s defenses were far less formidable, the neocons at Atlantic Magazine couldn’t buy a war-game-against-Iran scenario that didn’t implode into mega-disaster for the US.

Since top military people are usually not that stupid, we may assume that they will settle for some kind of regime change effort: Color revolution (that already failed in 2009, but who cares?), coup attempt, Saudi-money-fueled effort to stir up ethnic and religious minorities…you know the drill.

Army will fight on to liberate every inch of Syria: President Assad

[Editor’s note: VT Readers will no doubt be well aware of the fact that there is a Zionist agenda being followed by the Zionist state of Israel and it’s cohorts in the US and NATO to radically alter the Middle East, to destroy the Arab nation states that surround Israel and to further the Zionist hegemony over the region. We often refer to this agenda under the name ‘The Oded Yinon Plan’ but have never published that plan, which appeared in 1982 under the title of “A Strategy for Israel in the Nineteen Eighties” by Oded Yinon. Here is that plan reproduced in full, translated from the original Hebrew and with added notes by the translator and publisher which add clarity to the overall picture.

While this plan was written a quarter of a century ago (and is in fact, a neat summation of a far older Zionist agenda) it remains very relevant today. The ‘election’ of Donald Trump has given this Zionist plan new importance as Trump is a puppet placed in office by the Zionists in order to facilitate the furtherance of their agenda. Already we are seeing the first signs of Trump’s Zionist allegiance in his stated ambition to move the US embassy to Jerusalem and his close relationship with Netanyahu. Trump also spoke out in vehement opposition to the UN Resolution against Israeli settlements on stolen Palestinian land, saying it was ‘very, very unfair treatment of Israel’.

We will continue to expose and explain the Zionist agenda in the coming months as we oppose the Israeli control of Trump in order to further their Zionist agenda, therefore it is essential to gain an understanding of just what that agenda actually is, what the plan it aims to implement actually involves. Ian]

The Zionist plan for the Middle East

translated and edited by

In his Complete Diaries, Vol. II. p. 711, Theodore Herzl, the founder of Zionism, says that the area of the Jewish State stretches:

“FROM THE BROOK OF EGYPT TO THE EUPHRATES.”

Rabbi Fischmann, member of the Jewish Agency for Palestine, declared in his testimony to the U.N. Special Committee of Enquiry on 9 July 1947:

ESSENTIAL READING: The Zionist plan for the Middle East

Piers Morgan is scared to talk about the Khazarian Mafia

The Nasty Truth About Yemen

The Debate: Trump not going to be as free as he wants – Jim W. Dean

How could the conflict in Syria end in 2017?

Israeli Police: Netanyahu is being investigated over fraud and criminal activity

A Taste Of Things To Come – You’re Fired CNN!!

A World in Disarray: American Foreign Policy and the Crisis of the Old Order

US ‘Only Interested’ in Independent Kurdistan Due to Oil, But It Comes at a Cost

Why Did the Al-Jazeera Expose Fail?

YRTW No 89 and 90 Breakout! Nuclear Radiation Down – Again! What’s Up?

Iran deal clinched, but no thanks to the United States

Breaking: Buy a New Gun for the New Year

Germany Reels with Financial Burden from US Buildup

Who Forced Russia to Intervene in Syria?

No Country for an Old Man

The Plot Against Britain…

Turkey agrees to pull back troops from Iraq, proof of foreign policy shift

Trump to Pick Fan of Illegal Surveillance as Intelligence Czar

BOMBSHELL! Kissinger explains why neocons (not Russia) hacked the election for Trump

What really happened to Hitler and the Third Reich Nazi High Command?

SpaceX finds cause of explosion that destroyed Israeli satellite

You can’t make this stuff up: Trump win proves Russia hacked the DNC!

Bibi sweating a ‘midnight surprise’ as the UN before Obama leaves

Delay, Deny Until they Die

Washington Post: We lied about Russian operation hacking the US

Israel Made 2016 Deadliest Year for Palestine in a Decade

Will Kissinger be a private bridge between Trump and Putin?

PTSD and Toxic World Around Us

That Ravenous Dark Bird Sublime Mysteries of the llluminati’s Double–Headed Eagle. And he cried mightily with a strong voice, saying, Babylon the great is fallen …