The latest mantra of CIA-linked media since the “Pizzagate” leaks of data alleging that Hillary Clinton Campaign Manager John Podesta and other highly influential political persons in Washington were connected to an unusual pizza place near the White House run by a 41-year old James Achilles Alefantis called Comet Ping Pong, is the need to crack down (i.e. censorship) on what is being called “Fake News.” The latest step in this internet censorship drive is a decision by the murky social media organization called Facebook to hire special organizations to determine if Facebook messages are pushing Fake News or not. Now it comes out that the “fact check” private organizations used by Facebook are tied to the CIA and CIA-related NGO’s including George Soros’ Open Society Foundations.

In the last weeks of the US Presidential campaign, Wikileaks released a huge number of emails linked to Clinton Campaign Manager, John Podesta. The contents of thousands of emails revealed detailed exchanges between Podesta and the oddly-influential Comet Ping Pong pizza place owner, Alefantis, as well as the Clinton campaign, which held fundraisers at Comet Ping Pong.

Obama In One Last Try To Enact UN Anti-Gun Treaty

America’s War On The Homeless

10 Reasons Operation Darkroom Was Covered Up

US Now Asking For Social Media Accts Of Foreign Travelers

How The Govt Destroys Lives Of Patriotic Whistleblowers

94% Of All New Jobs Under Obama Were Part-Time

The Most Dangerous Space Weapons Ever

War On People – Fear And Loathing In NY & DC

The Silent Coup: Putin vs. the Oligarchs

What will be the future military policy of the Trump administration in the Far East?

That the Tibetan Dalai Lama is a CIA asset was just a conspiracy theory, has now been confirmed as fact by the Los Angeles Times and the agency itself.

This brings to question how much of what the media consider as theory now would end up later on as fact?

How much of what the media consider as “fake news” right now would end up later on as the accurate account of an event?

In short, what gives them the authority to determine what is factual and truthful when their own journalistic standards and ethics include telling their readers mere half-truths for a while, i.e. when it is in the best interest of other institutions they are still working with in the interim?

WASHINGTON — FOR MUCH OF THE 1960S, THE CIA PROVIDED THE TIBETAN EXILE MOVEMENT WITH $1.7 MILLION A YEAR FOR OPERATIONS AGAINST CHINA, INCLUDING AN ANNUAL SUBSIDY OF $180,000 FOR THE DALAI LAMA, ACCORDING TO NEWLY RELEASED U.S. INTELLIGENCE DOCUMENTS.

THE MONEY FOR THE TIBETANS AND THE DALAI LAMA WAS PART OF THE CIA’S WORLDWIDE EFFORT DURING THE HEIGHT OF THE COLD WAR TO UNDERMINE COMMUNIST GOVERNMENTS, PARTICULARLY IN THE SOVIET UNION AND CHINA. IN FACT, THE U.S. GOVERNMENT COMMITTEE THAT APPROVED THE TIBETAN OPERATIONS ALSO AUTHORIZED THE DISASTROUS BAY OF PIGS INVASION OF CUBA.

THE DOCUMENTS, PUBLISHED LAST MONTH BY THE STATE DEPARTMENT, ILLUSTRATE THE HISTORICAL BACKGROUND OF THE SITUATION IN TIBET TODAY, IN WHICH CHINA CONTINUES TO ACCUSE THE DALAI LAMA OF BEING AN AGENT OF FOREIGN FORCES SEEKING TO SEPARATE TIBET FROM CHINA.

Is the mainstream confirmation of the Dalai Lama as a CIA asset now can be considered the whole truth, or is there something more to the story? 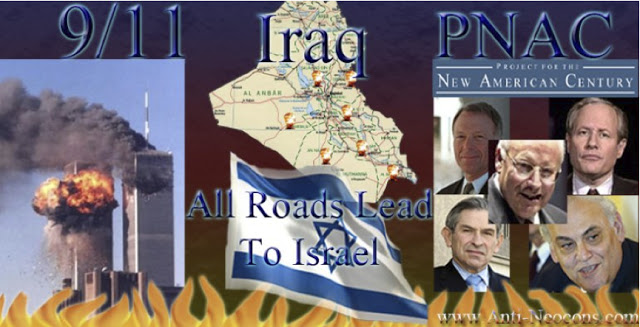 If you don’ think that “American exceptionalism” is synonymous with Zionism, world domination, and with what Friedrich Nietzsche would have called “the will to power,” which is a reformulation of Arthur Schopenhauer’s The World as Will and Representation, then think again. First, a little background.

Back in the 1980s, the Khazarian Mafia—more specifically the Neoconservatives—took over the Reagan administration and put a different cast in the political landscape.[1] Jewish legal scholar Stephen M. Feldman begins his book Neoconservative Politics and the Supreme Court: Law, Power, and Democracy by saying that

“For more than twenty years, starting in 1980, the neoconservatives stood at the intellectual forefront of a conservative coalition that reigned over the national government. Neocons earned this prominent position by leading an assault on the hegemonic pluralist democratic regime that had taken hold of the nation in the 1930s.”[2]

Feldman is not alone here. Other Jewish scholars and writers have come to the same conclusion.[3]

Ever since the Khazarian Mafia took over the US foreign policy, America has been looking for dragons and monsters and goblins to destroy in the Middle East, which is totally contrary to what the Founding Fathers had envisioned. Irving Kristol, one of the founding fathers of the Neoconservative movement, declared back in 1996:

“With the end of the Cold War, what we really need is an obvious ideological and threatening enemy, one worthy of our mettle, one that can unit us in opposition.”[4]

If a “threatening enemy” did exist, then the Neocons—who by the way were all former Trotskyites and socialists—invented them and used cloak-and-dagger strategy to destroy them. George H. W. Bush got sucked into this idea. By October of 1991, shortly after the Gulf War, he told the United Nations that he aspired to create a “New World Order.”[5]

Bush said that this “New World Order” basically referred to a world in which peace and harmony would coalesce among nations. No wars, no conflict—only dialogue and resolving issues through diplomatic solutions.

The Khazarian Mafia and their marionettes want to rule the world

Celebrations in Aleppo after its full liberation

Yet another “radical Islamic ISIS-linked terrorist,” identified thanks to yet another “magic ID drop,” has once again been shot dead by police and silenced forever. Are we starting to see a pattern here?

In the words of the immortal Yogi Berra, it’s “deja vu all over again.”

Exactly one week before today’s police execution of the “Berlin truck terrorist,” NATO’s chief auditor, Yves Chandelon, was found dead in Andenne, Belgium with a bullet in his head. Official story: Suicide due to financial problems.

Chandelon supposedly killed himself because he was $43,000 Euros in debt. His family calls the suicide verdict ridiculous. As a high-level executive, he would have viewed 43k as chump change. And every aspect of the crime scene points to murder, not suicide.

Meanwhile in Ankara, mainstream reports claim that the cop who assassinated Russian Ambassador Andrey Karlov last week had served on Erdogan’s security detail. This detail, and its highlighting by the Western mainstream press, adds to the case that the assassination was an Operation Gladio job designed to punish Erdogan for cozying up to Russia and accepting a Syrian peace road map with no NATO involvement.

High-level Turks and Russians have been pushing this thesis. Putin himself has suggested that the shooting was intended to disrupt relations between Russia and Turkey. And all the fingers pointed at Fetullah Gulen, the CIA-linked Israel-loving US based pseudo-Islamist, are barely-disguised efforts to blame NATO and Gladio. According to the UK Telegraph, “Mevlut Cavusoglu, the Turkish foreign minister, was quoted as telling John Kerry, the US secretary of state, that Turkey and Russia both believed Mr Gulen’s followers were behind the attack.” 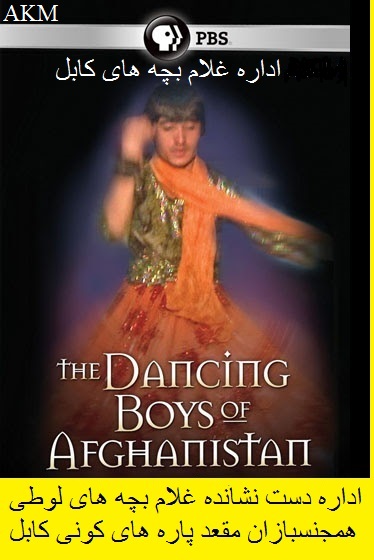 The U.S. “Selected” Afghan Administration, the Dancing Boys of the U.S. and its CIA Thugs, Must Lawfully Be Replaced by the Afghan Majority. Why Hasn’t the CIA Thug, Communist War Criminal, Rashid Dostum, Been Prosecuted for his War Crimes?

Why Hasn’t the CIA Thug, Communist War Criminal, Rashid Dostum, Been Prosecuted for his War Crimes?

Exclusive: Syrian Military Assessment, Duff on the Liberation of Aleppo and Beyond

The role of the Spetsnaz in the liberation of Aleppo

Turkey to pull out forces from Iraq: Envoy

When the Lying Starts

5. mar. 2017 – I strongly recommend a viewing of David Zublick’s recent YouTube presentation on Pizzagate: The Men Who Knew Too Much about Pizzagate.

Alex Jones Apologises for ‘Pizzagate‘ Fake News. By Ian Greenhalgh on March 25, 2017. VT was right once again – Adding the Pizza-Gate hoax to the list.

23. nov. 2016 – Instead, the guest host, Activist Angel, began excitedly haranguing me about the so-called “pizza-gate” scandal: Allegations that Wiki-leaked …

Heavy Load – Joe Ligon & The Mighty Clouds Of Joy, “All That I Am Chapter 1”

Deniece Williams – His Eyes is on the Sparrow